Truckee had quite a bit of interest after his xc outing..finally! I think people finally saw what I had talked about and were interested in coming to see him. He promptly decided to fool my plans and got a kick right behind the knee that earned him some lay-up time.

This is a picture of it with a week of healing. It was quite gross early on! 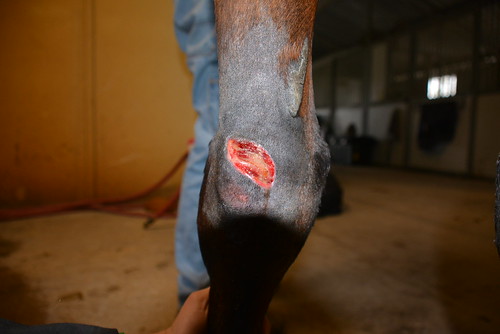 It is healing up nicely but he is contained to a small paddock with daily wrapping. He is being an excellent patient. What Truckee doesn’t know is that somebody bought him off his videos and he will travel to Georgia in the middle of May to be an event horse. Let’s just not tell him so he manages to make it out of my barn in one piece!

I moved the remaining CANTER horses to the new farm. They settled in great. Amanda and I went over and gave them a beauty treatment and started the first rides. We pulled manes and actually each horse allowed us to clip their bridle paths, legs and more just standing in the round pen. Good boys! We curried them all really well and tried to get some of the winter hair off. They look a bit rough at the moment but I am confident they will look better with their new coats coming in.

The new farm has a big round pen and also a covered riding ring which is a bit down the road. We have four horses there so we just brought two horses at a time into the round pen to work with figuring that would help them to be relaxed.

First to be ridden was Yesterday’s Story. He was really SLOW! He is really quite fancy but his one downfall is that he sticks his tongue out of his mouth completely. 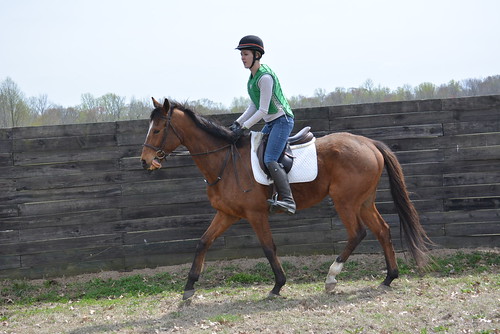 He had come in really thin and he has gained weight but still has some more to go. He is such a sweetie!

We had brought over Stormy Horizon with him and Stormy was just walking around seeing the sights. Stormy is a big boy! I think he is around 16.2 but built like a tank. He is ultra sweet as well. Really nice mover and just chill about life in general. 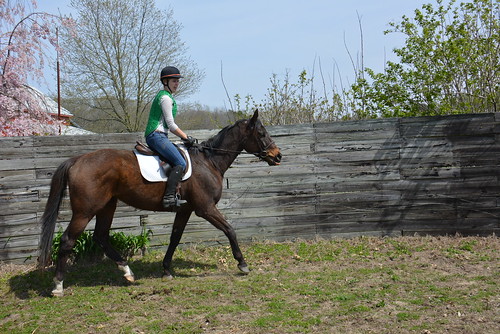 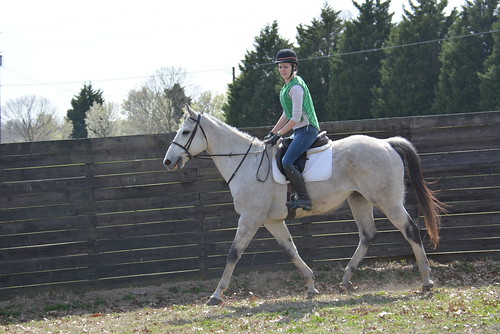 He was really good to ride and seemed to be thankful to be doing something. We thought David might be tough to work on but he was perfect while we clipped him and pulled his mane. I think he just needs to see the world a bit more. Amanda was sick and ran out of steam so we just didn’t get on him.

We haven’t gotten back over there yet but hope to this weekend.

I got to head off to Charles Town, WV and see the big classic race which was very cool. CANTER got presented with a $10k donation which will help us rehab, retrain and rehome more horses. It was my boyfriends first time seeing horse racing and he really enjoyed it. He was amazed at watching them down the final stretch. Very cool to see that in person!

My easter present from Oklahoma arrived. It took him 2.5 days to ship out to me and thankfully he is even better than I expected. His name is Cherokee Paint. He has lovely blood lines. He needs to let down his racing muscle and gain some weight but he is eating super well. He is really sweet and quite talented. I have done a bunch of stuff just trying to get pics and video for those interested but now he is going to just rest a bit. If somebody wants to buy him now that is good but otherwise I will let him chill and then get him going in a few weeks. 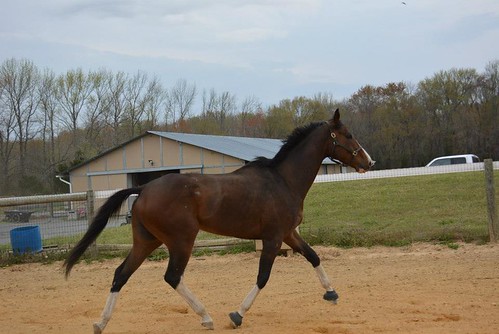 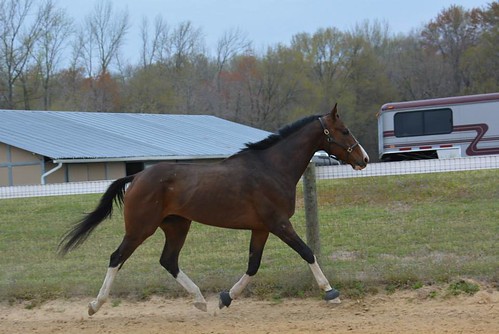 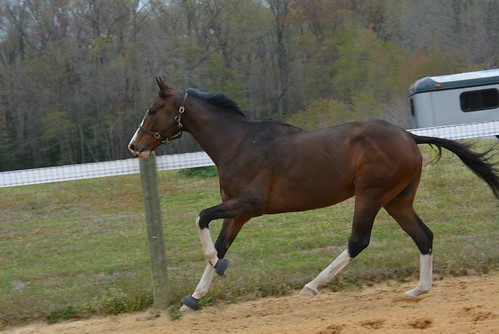 He still moves up and down in the trot but riding him felt amazing. Such power and his uphill nature is lovely. The canter was just so lofty and the trot is going to be just stunning. I love him! I sort of expect that he will sell which makes me sad because I would love to keep him for a bit but I do enjoy the process of finding nice horses and watching other people take them to the next steps!

The next few weeks I will be focusing on getting the CANTER horses at the farm into work. We will start track visits at Delaware. I have another horse coming in for training for a month. I likely will be on the lookout for one more resale horse. I hope I don’t get one so far away…shipping is expensive 🙂 Stay tuned!

This entry was posted in Uncategorized. Bookmark the permalink.