Before and After pictures of the CANTER horses. 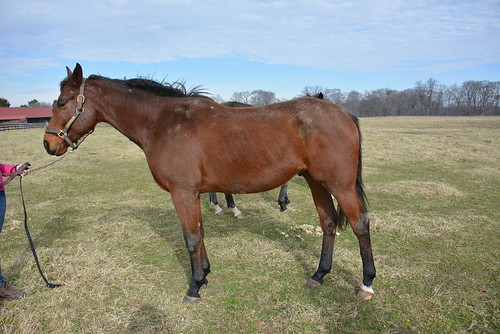 3 months later of Truckee being in work (although inconsistent due to weather!) 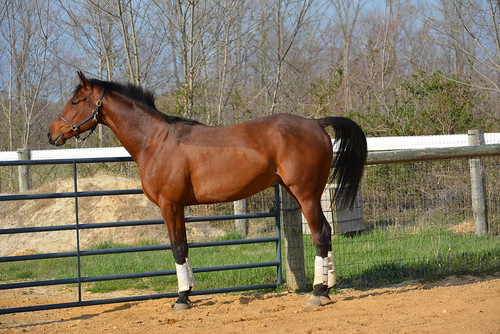 Katzimo upon arrival at my farm late July.

2 months later in middle of September of 2013

Improving but still a bit yuck in February of 2013

I have to do this because it will be an interesting show of why you can’t just go off pictures. This was the first picture that was sent for CANTER to advertise Mort when he was on the farm

I was doing rounds at the track for CANTER and Mort had went back into the track and when the trainer pulled him out I was pleasantly surprised because I had only seen the above photo. I thought to myself that he looked like an event horse and he was just so quiet and smart looking.

Standing in a before he arrived

LMAO looking at this. This was the day that Allie dropped him off to me.

Was sold on to Debbie Brady and then went to Meghan Harris to learn to foxhunt.

Indy’s Wolf arrived with Dixie Rumble and I wasn’t quite sure what to think. Now he didn’t start with the best conformation but lack of muscle made it look a lot worse.

He wasn’t perfectly conformed but man could he jump. I swear he would just randomly jump as high as he could just to make me giggle.

7 responses to “Before and After”